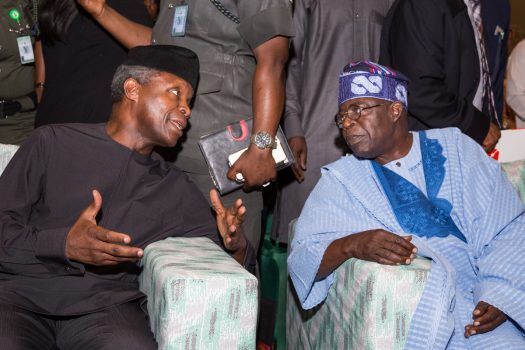 Nigerian elderstatesman and former presidential adviser, Tanko Yakassai has alleged that the All Progressives Congress (APC) has an unwritten agreement to field either Vice President Yemi Osinbajo or Asiwaju Bola Tinubu as its presidential candidate in 2023.

Speaking with newsmen on Thursday, Yakassai said the alleged decision by the ruling party was because of the key role the South-West region played in President Muhammadu Buhari’s victory in the last presidential polls.

His words: “The current calculation is that the Vice President is from the South-West. Clearly, there is an unwritten understanding that when Buhari finishes, the Vice President will likely be the next presidential candidate of the APC.

“The Vice President is a Yoruba man. Even if it is not Osinbajo, somebody from there probably Tinubu will likely emerge as the candidate of the party.”

“And with the performance of the party in the South-East, I don’t see any possibility that the party will think of giving its candidacy to the South-East as against the support it earned from the South-West.

“Apart from voting, don’t forget that there were some material support which the APC enjoyed from the South-West.”