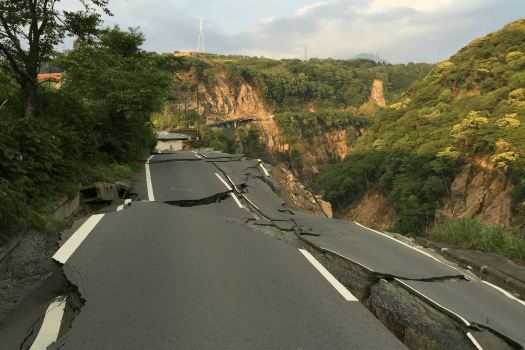 The Federal Government of Nigeria has disclosed that it has acquired and installed equipment which would help predict and preempt the impact of earthquakes in any part of the country.

Disclosing this on Thursday when he appeared before the Senator Enyinnaya Abaribe-led Senate Committee on Power, Steel Development and Metallurgy to defend his ministry’s 2019 budget, Minister of Mines and Steel Development, Hon. Bawa Bwari Abubakar said his ministry had acquired and installed sensitivity metres for monitoring and detecting earthquakes.

Abubakar said the earth movement monitoring devices were acquired as part of the measures to address the country’s geological security, adding that they have been installed at the Nigeria Geological Survey Agency (NGSA) premises in Gwagwalada, Bwari and Kaduna.

While noting that the effort was accelerated in response to the recent persistent earth tremors experienced in the country, most especially around Abuja, the Minister stressed that the proactive measure became necessary in order to predict, detect and monitor all earthquake- related activities.

He identified insufficient and untimely release of funds, multiple taxation by states and local governments, direct intervention by states in the management of mineral resources and inadequate geological data as some of the challenges facing the mining sector.