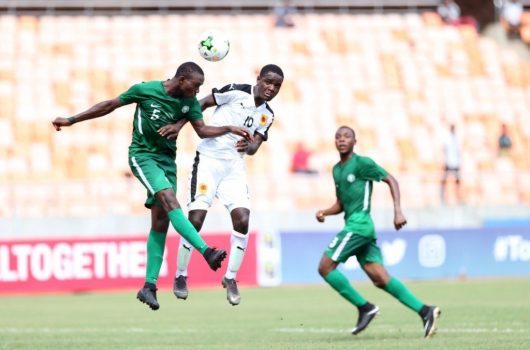 Nigeria’s Golden Eaglets on Wednesday became the first African country to qualify for the 2019 Under-17 World Cup courtesy of a 1-0 victory over Angola in the ongoing Africa U-17 Cup of Nations Championship in Tanzania.

The Manu Garba-tutored side had on Monday defeated the host nation 4-3 in a see-saw Group A opening match of the tournament played in Dar es Salaam, the Tanzanian capital.

Olusegun Olakunle’s effort from the penalty spot in the first half separated both teams at the National Stadium and sent the five-time world champions to the global showpiece to be hosted by Brazil later in the year.

Despite the Eaglets’ inability to convert most of their goal scoring chances in the encounter, the qualification comes as a relief for most Nigerians after they failed to make it to the last edition of the tournament which was held in India.