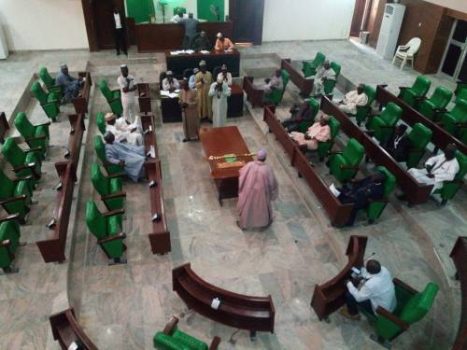 The Speaker of the Jigawa State House of Assembly, Alhaji Isa Idris has been impeached. Idris was on Thursday impeached by 20 out of 30 members of the House present during plenary.

Recall that members of the House had on Tuesday engaged themselves in a rowdy session, which led to the damage of the Assembly’s mace.

The Mace which is a symbol of authority appeared to be the target during the brawl between the lawmakers as they disagreed on an amendment to the standing rules guiding qualification for leadership position at the House.

The impeached Speaker had announced a move to amend the rule banning all former assembly speakers and deputy speakers who were impeached or suspended from contesting for the Speaker of the Assembly.