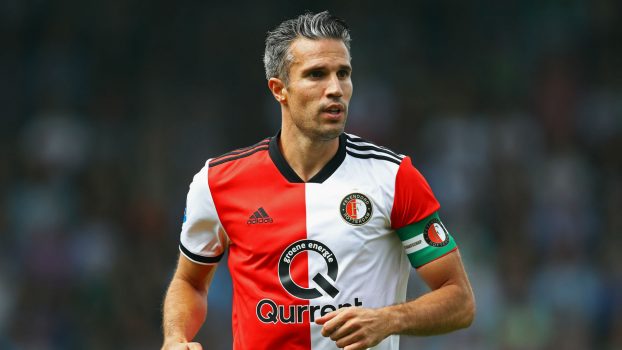 Referee Siemen Mulder had to stop the Eredivisie match between Feyenoord Rotterdam and ADO Den Haag for players of both teams to give a guard of honour to the retiring former Arsenal and Manchester United forward, Robin Van Persie.

The 35-year-old former Dutch International, who is set to retire from football at the end of the current season has had a very successful football career playing major leagues across the world.

He was given a guard of Honour when the encounter, which ended 2-0 in favour of the visiting ADO Den Haag was stopped for him to walk out of the pitch after he was being substituted by Dylan Vente.

Taking to his Twitter handle to express his appreciation, Van Persie wrote: “On Sunday I played my last professional game. Looking back on a 17 year career I can only say it has been a wonderful journey with ups-and-downs.

“But thankfully with many precious and unforgettable memories. I’m proud to have played for great clubs and for my country. It was a privilege.

“I would like to thank my managers and team mates and the fans that have supported me and my family over the years. I am going to miss the game but am looking forward to the next chapter in my life.”