Scroll to Top
Follow
Home » Politics » Senate Presidency: APC Yet to Tell Me Not To Contest – Ndume

Senate Presidency: APC Yet to Tell Me Not To Contest – Ndume 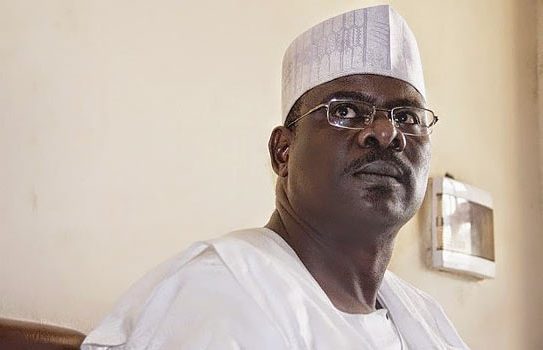 A former Senate Leader, Ali Ndume on Monday stated that there was no time the leadership of the All Progressives Congress (APC) officially asked him not to run for the position of Senate President.

Addressing journalists in Lagos, Ndume said he joined the race to win as he has the support of his colleagues and party leaders to content for the position, expressing optimism that he would emerge as the Senate President in the ninth National Assembly.

Ndume said: “The party has endorsed Ahmed Lawan. I am very loyal to the party but I only go with the party to the extent that the party has followed the constitutional provisions on any matter.

“I also believe that power belongs to God and He gives it to whoever He likes. I consulted widely before I made my intention public. I consulted President Muhammadu Buhari, the National Leader of the party, Bola Ahmed Tinubu and other leaders of our party and they gave me their blessings.

“I am in Lagos in continuation of that consultation. I am encouraged by the feedback. I wrote a letter to the party to inform them of my intention. So far, nobody has told me to suspend my aspiration because they know that doing so will amount to denial of my constitutional rights.

“Nobody should be imposed on the senate. I am insisting that democracy should prevail. I don’t expect the president to take sides with anybody. The president has never interfered in the electoral process.

“The party has only recommended Lawan. If the party decides wrongly, I will not follow the party. Nobody has said to me ‘don’t do it’. I have not heard otherwise. The National Assembly is my second home.

“I have been there long enough. I know the rules that guide choice of leadership of the National Assembly. It is senators that will choose one of them to supervise their affairs. That person will be ‘one among equals not one above equals’ as we currently have.”