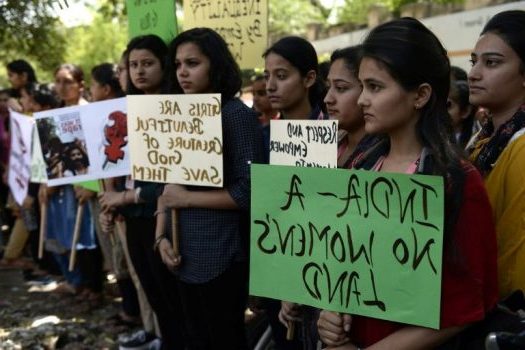 Two persons were on Thursday arrested in India’s Bihar State after a group of men shaved the heads of two women as a punishment for resisting rape.

According to the Indian Police, the group which included a local official ambushed the mother and daughter in their home with the intention of raping them.

The Police said when the women resisted, the suspects assaulted them, shaved their heads in front of the entire village and paraded them through the village. They added that they are still searching for five others involved in the incident.

Although attempted rape is a sexual crime in India, the subsequent assault, shaving of the women’s’ heads and parading them through the village is an assertion of male power in a community deeply entrenched in patriarchy.

Eyewitness say what is most worrisome is that the assaulting mob was led by an elected representative whose job is to look after the welfare of his people, not attack them.

The state’s women commission has also condemned the incident, assuring that further action will be taken to discourage such attacks against women and children.

This is however not the first time such an incident has occurred in the state. In April this year, a teenage girl was attacked with acid for resisting an attempted gang rape while a few months back, a woman in Bihar was assaulted, stripped and paraded naked through the village market.

Public outrage over sexual violence in India rose dramatically after the 2012 gang rape and murder of a student on a Delhi bus.