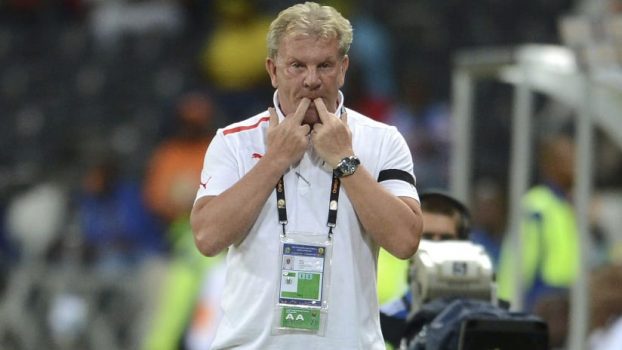 The Football Federation in Guinea has sacked Paul Put as head coach of the country’s national male football team following their dismal outing at the African Cup of Nations (AFCON) holding in Egypt.

Confirming the development, the Guinean FA said the decision was reached following a meeting with the Ministry of Sports and the country’s football governing body.

Put took charge in March 2018 and helped the Syli Nationale qualify for the 2019 Africa Cup of Nations as group leaders ahead of Ivory Coast, Central African Republic and Rwanda.

During their outing at the tournament, Guinea drew 2-2 against Madagascar in their opening game, managed a 2-0 win over Burundi and lost 1-0 to the Super Eagles of Nigeria to finish third in Group B.

They qualified for the Round of 16 as one of the best losers but were eventually eliminated after a 3-0 trouncing in the hands of the Desert Foxes of Algeria who will play in Thursday’s final against Senegal.