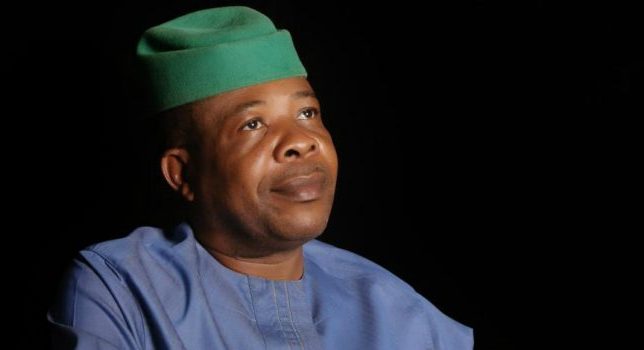 The Imo State governor, Emeka Ihedioha has denied rumours that he has a hand in the sealing of Rochas Foundation College, East High Primary and Secondary Schools and All-In Supermarket which are located in Owerri by the Economic Financial Crimes Commission (EFCC).

The schools and investments which allegedly belong to Chief Rochas Okorocha, the immediate past governor of the state and members of his family were sealed by the operatives of the EFCC on Tuesday.

The Chief Press Secretary to the governor, Chibuike Onyeukwu told The Punch on Wednesday that the allegation that Ihedioha was the brain behind the sealing of the assets which are traceable to his predecessor wes false.

Onyeukwu described as fallacious, reports that Governor Ihedioha sponsored the petitions written to the anti-graft agency against Okorocha which resulted in the sealing of the assets.

His words: “The governor has no hand in the sealing of Okorocha’s investments by the EFCC. For the records, the EFCC had already started its investigations against Rochas Okorocha before this administration came on board on May 29.

“If there is any witch-hunt, it is his misgovernance of the state that is witch-hunting him. The governor is focused and determined on rebuilding the state.”