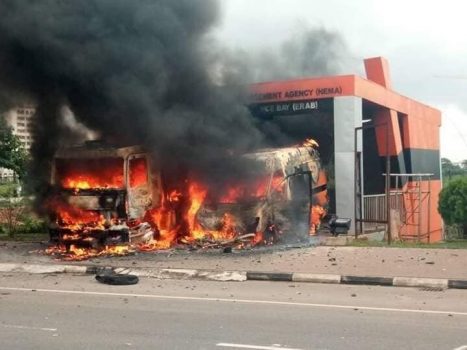 There was pandemonium in Abuja, the Nigerian capital today as about 3000 members of the Islamic Movement in Nigeria (IMN) staged a violent protest for the release of their leader, Sheikh Ibrahim El-Zakzaky.

As at the time of filing this report, the Deputy Commissioner of Police in charge of operations at the Federal Capital Territory, Usman Umar, a youth corp member, Precious Owolabi serving at Channels Television, and many members of the sect were believed to have been killed.

Some reports put the number of casualties as more than ten. The Shiite group, IMN, in a statement said 11 of its members were killed during the protest.The Shiites demand the immediate release of Mr El-Zakzaky and his wife, Zeenah. El-Zakzaky has been in detention since 2015. An Abuja High Court had ordered that he be released on bail but the Federal government is yet to obey the court order.