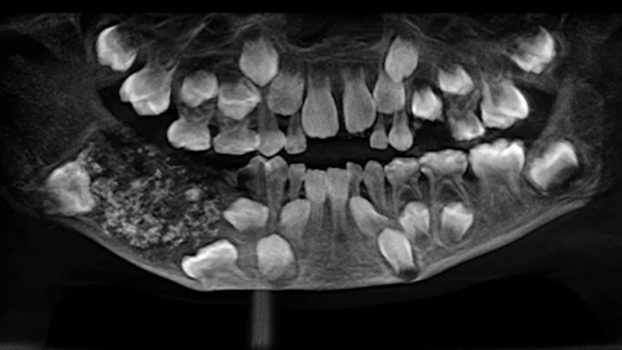 More than 500 teeth have been removed from the mouth of a seven-year-old Indian child. The child had a growth in his mouth with a number of hard structures inside of it.

Doctors in Chennai District of India said the unnamed boy who had a swelling on the right side of his lower jaw had been complaining to his parents about the pain since the age of three.

After four years of discomfort, the doctors discovered a large growth within his jaw. Hundreds of hard structures were also found within the lump, which was around five by three centimetres in size.

After the doctors successfully removed the lump, medical staff cut it open and found 526 teeth of varying sizes inside.

“The tumour is very nicely demarcated from the rest of the bone and it’s a four to five centimetres by three centimetres size in the right side of the lower jaw that is completely removed and taken out.

“Then the tumour mass was given to the histopathology department. Then finally, we come to know that there were 526 teeth which were present in the entire sac. The growth was identified as a compound composite odontoma,” dental surgeon, Dr. Senthilnathan said.

In 2014, a similar case was confirmed after 232 teeth were removed from the mouth of a Mumbai teen.