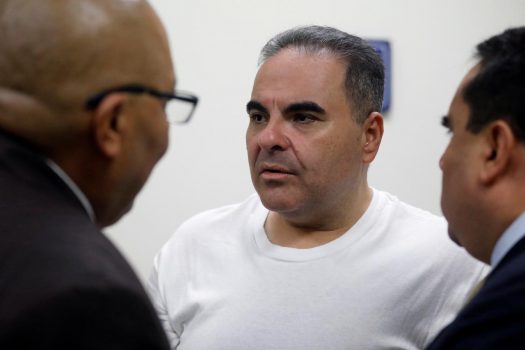 A court in El Salvador on Thursday handed down a two-year prison sentence to the country’s former President, Elias Antonio Saca for bribery.

The office of the country’s Attorney General said Saca, who is already serving a 10-year prison sentence for misuse of public funds and money laundering, was found guilty of having offered $10,000 to a court employee to obtain information about a case against him.

The 54-year-old Saca pleaded guilty in both cases as he sought to reduce his prison term. A judge is however yet to decide whether the two years will be added to his existing sentence.

Saca, a former businessman who governed the Central American country from 2004 to 2009 was arrested and detained in October 2016 during his son’s wedding.