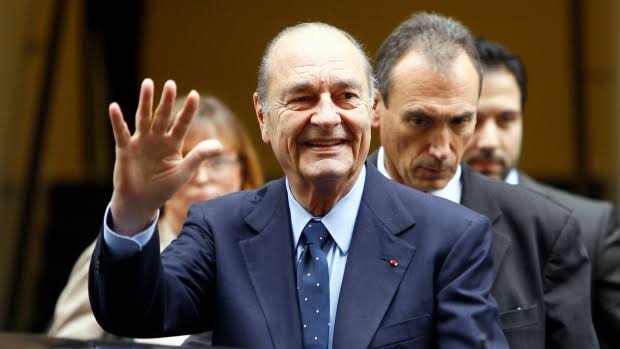 Jacques Chirac, the former French president who worked so hard to strengthen the establishment of the European Union (EU) has died on Thursday at the age of 86.

Chirac, whose later years were blighted by corruption scandals served two terms as President and one as Prime Minister. He is also remembered for taking France into the single European currency.

The French National Assembly observed a minute’s silence in his memory on Thursday. This is even as French television stations are playing wall-to-wall tributes, taking French citizens back to that long period in their history when Chirac was at the centre of it all.

Jean-Claude Juncker, the president of the European Commission and former Luxembourg Prime Minister said he was ‘moved and devastated’ to learn of Chirac’s demise.

President Emmanuel Macron is expected to speak on television at 20:00 local time to pay tribute to his late predecessor who was convicted in 2011 for diverting public funds while serving as the Mayor of Paris.

Former French President, Francois Hollande has also paid homage to Mr. Chirac, saying: “I know that today, the French people, whatever their convictions have just lost a friend.”

Despite his many failings, there has not been any mention in the tributes of the corruption and criticisms against Chirac.

What remains for most is the memory of a likeable man, a man of culture and a president who acted like a French president is supposed to be by projecting the permanent conviction that France remains the best place in the world.

The son of a bank manager, Chirac was born in 1932. He served as Head of State from 1995 to 2007, making him France’s second longest serving post-war president after his Socialist predecessor, Francois Mitterrand.

Among his major domestic political reforms was a reduction of the presidential term of office from seven to five years and the abolition of compulsory military service.

However, his health steadily deteriorated after he stepped down. In 2005, he suffered a stroke and in 2014, his wife, Bernadette said he would no longer speak in public as he was having some trouble with his memory.