Klopp To Donate One Percent Of His Salary To Charity 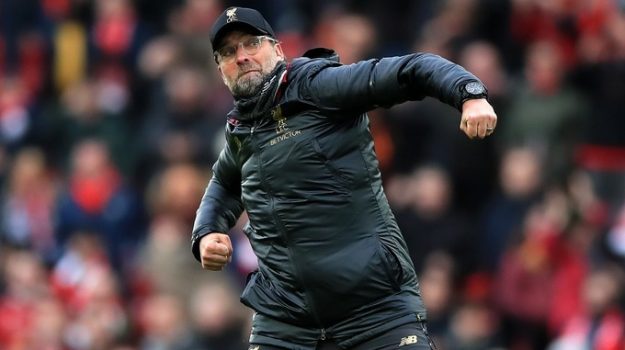 Liverpool coach, Jurgen Klopp on Monday night became the first English Premier League (EPL) manager to sign up to the Common Goal movement, promising to donate 1 percent of his salary to the charity.

The German made the announcement shortly after being named men’s coach of the year at the Federation of International Football Associations (FIFA) awards held in Milan, Italy.

The Common Goal initiative, which funds organizations that use football to tackle social issues around the world was launched by Manchester United and Spain midfielder, Juan Mata in 2017.

Speaking on stage at the ceremony after receiving his award, Klopp said: “A few people obviously know it. If not, Google it. It’s a great thing. While it is flattering to receive an individual award today, in football and in life, nothing is possible without teamwork.

“That is why I would like to celebrate this occasion by sharing that I am joining Common Goal and pledging 1percent of my earnings to help change the world through football.

“Since Common Goal started two years ago, the movement has grown steadily proving it is a simple, effective and safe mechanism for players and managers to give back through football.

“As a team, even with a minimum pledge of just 1 percent, together the football industry is capable of transforming the world. Now is the time for those interested to take a step forward.”

In May this year, the campaign reached the milestone of 100 members from 34 different countries.

Responding to the gesture, Common Goal Chief Executive and co-founder, Jurgen Griesbeck said on the organization’s website that: “We are thrilled to welcome Jurgen Klopp onto the team.

“At a time when our world is facing social divides, increasing global inequality and political polarization, his contribution exceeds the financial and will inspire football fans and non-football fans across the planet.”

Other coaches who are already signed up to the scheme include Manchester United’s Casey Stoney and Denmark’s Kasper Hjulmand.

Leon Balogun (Brighton), Charlie Daniels (Bournemouth), Kasper Schmeichel (Leicester) and Isaac Christie-Davie (Liverpool) are some of the EPL players who have pledged 1 percent of their salaries to support the initiative.