Ambode Heads To Court To Stop His Probe By Lagos Assembly 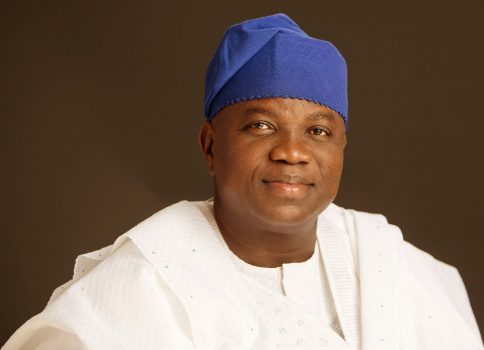 The immediate-past governor of Lagos State, Mr. Akinwunmi Ambode has asked the Lagos State High Court in Ikeja to stop the state House of Assembly from probing him over the 820 mass transit buses purchased by his administration.

The lawmakers had accused Ambode of purchasing the 820 buses in breach of budgetary provisions. They also issued a summons for the ex-governor to appear on Wednesday before an ad hoc committee set up to probe the purchase of the buses.

The Speaker of the House, Mudashiru Obasa had further threatened that the House would issue a warrant for Ambode’s arrest should he continue to shun invitation by the lawmakers.

However on Tuesday, Ambode, through his lawyer, Mr. Tayo Oyetibo (SAN) approached Justice Y.A. Akinsanya of the Lagos State High Court with an ex parte application seeking an interim order of injunction against the lawmakers.

Rather than hear the ex parte application, Justice Adesanya ordered Ambode to put the lawmakers on notice. The judge directed service of originating processes, accompanying processes and all pending applications on the defendants/respondents.

“The said processes are hereby ordered to be served on the 1st to 12th respondents forthwith,” Justice Adesanya held and adjourned till Wednesday (today) for hearing.

In his statement of claim, the former governor accused the lawmakers of deliberate misrepresentation of facts, contending that contrary to the claim by the lawmakers, ‘the procurement of the 820 buses was captured in the 2018 Appropriation Law which was duly approved by the House’.