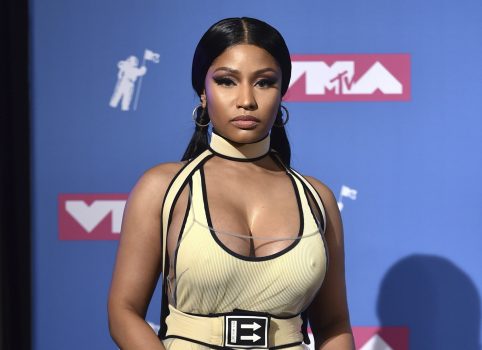 American rapper,  Nicki Minaj on Monday night took to her Instagram page to announce her marriage to Kenneth Petty following nearly a year of dating.

In the post, the 34-year Minaj shared her martial bliss which she captioned ‘10.12.19’ with a video of matching Mr. And Mrs., mugs and coordinating ‘Bride’ and ‘Groom’ baseball caps.

Although she has not shared any more details about tying the knot, Minaj revealed in August that she would have a big wedding celebration following their low-key nuptials.

“Before the 90 days is over, yes, I will be married. I’m very happy about that because my baby makes me so happy,” she had said.

Minaj and the 41-year-old Petty started dating last year before making it official on Instagram in December 2018. Their relationship made waves after Petty’s criminal history came to light.

Petty is a registered, Level 2 sex offender on New York State’s Sex Offender Registry. He was assessed as posing a medium risk of committing another offense.

According to the registry, Petty was in April 1995 convicted of attempted first-degree rape for a 1994 assault which  occurred when both he and the victim were 16. It noted that Petty used a cutting instrument during the commission of the crime.

He was sentenced to between 18 and 54 months in state prison but according to New York State Department of Corrections (DOC) records, he served just under four years and was released in January 1999.

The DOC website further revealed that in 2006, Petty went back to prison for first-degree manslaughter and served nearly seven years before he was released on parole in May 2013.