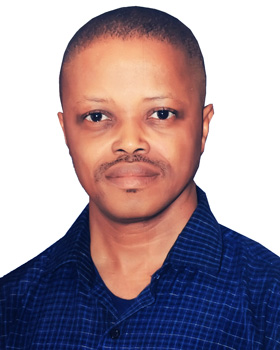 Dr Abiodun Olusanya is a consummate physician. He is one Nigerian who has contributed his own brick to nation building through service. Highly experienced and versed in several aspects of medical practice, he is the incumbent Medical Director of the famous and time-tested Sacred Heart Hospital, Lantoro, Abeokuta.

Abiodun was born on December 8, 1973 in Ijebu-Ode, Ogun State. He attended  Saint Gregory’s College, Lagos. He obtained his Bachelor of Medicine degree from  Obafemi Awolowo University, Ile-Ife in January 2000.

Dr Olusanya began his remarkable career as a House Officer at the Lagos State University Teaching Hospital in August 2000. He moved to Lafia, Nasarawa State in 2001 when he got an appointment as a Medical Officer in the state’s Hospital Management Board. In September 2007, the bright doctor became a Registrar in the Department of Obstetrics & Gynaecology at Ahmadu Bello University Teaching Hospital, Zaria, Kaduna State. He was promoted to a Senior Registrar in the same institution in April 2011.

It is in recognition of his contribution to national development in the field of Human Medicine and Orthodox Medical Practice that Dr Abiodun Olusanya is deemed worthy to be conferred with the Development in Nigeria Merit Award.