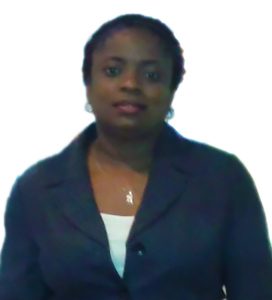 Dr Modupe Olatokunbo Adedeji is a highly accomplished physician. Her forte is the area of obstetrics and gynaecology. She is at once a dedicated, conscientious, highly motivated, hardworking and focused personality. She is also a go-getter with incredible passion for the care of women’s health from the womb to the tomb.

With a determination to excel in her field,  Modupe began her illustrious career in September 2006 during her NYSC. Serving as a Medical Officer at the Military Hospital Lagos, she carefully paid attention to her duties, providing outpatient care in the emergency, medical, obstetric and gynaecology departments of the hospital. The young doctor attended to various  cases including obstetric emergencies and postnatal care services. She also evaluated, recommended and administered family planning services to patients.

Rising through the ranks, the brilliant doctor became a Senior Registrar in May 2011 where she was entrusted with bigger responsibilities. These included supervision of registrars, medical officers and house officers; handling of unit and departmental clinical meetings and organizing clinical drills for junior residents and house officers; organization of the operation list on theatre days; carrying out major/minor gynaecological and obstetrics procedures; clinical research work; and supervision of ward and clinical rounds.

In December 2014,  Modupe became a Chief Resident at the Lagos State University Teaching Hospital, Ikeja. She made another career leap in October 2016, becoming the Head/Consultant-in-Charge of the Gynaecology Unit at  General Hospital, Orile-Agege. She assumed the same role at  General Hospital, Ifako-Ijaye in August 2018 where she supervised and held teaching sessions for medical officers in the management of obstetrics and gynaecological patients.

Today, Dr Modupe is the Medical Director/Consultant Obstetrician and Gynaecologist at J.A. Lashman Hospital, a comfortable and serene environment that focuses on the care of women’s reproductive health from childhood to old age. The facility specializes in conditions such as infertility, fibroid, miscarriages, cervix carcinoma, endometrium as well as ovary and postmenopausal care. The hospital also offers antenatal, postnatal, contraception and family planning services.

Dr Modupe is also the Consultant-in-Charge of Obstetrics and Gynaecology Unit at the Lagos State University Teaching Hospital, Ikeja where she supervises and trains resident doctors and house-officers in obstetrics and gynaecology.

The vibrant doctor has attended several trainings in her profession including: the “Workshop Programme in Exceptional Customer Service in a Teaching Hospital” (June 2008), “International Training and Workshop on the Management of Massive Postpartum Haemorrhage” (May 2012), “Research Methodology in Medicine Workshop” (March 2013), “Health Resources Management Course” (March 2013) and “Workshop Programme on Clinical Ultrasound” (December 2015).

An advocate for women’s health, Dr Modupe Adedeji has had several write-ups published in newspapers on topics such as Caesarian Section and Cancer. She is a public speaker who has featured on various television, radio and online programmes relating to women’s health. She is a co-anchor on the “Ya Bodi” show on Eko FM.

She is married to Barrister Adewale Oluwamuyiwa Adedeji with two lovely children.

It is in recognition of her contribution to national development in the field of Human Medicine (Obstetrics and Gynaecology) that Dr Modupe Olatokunbo Adedeji is deemed worthy to be conferred with the Woman of Merit Gold Award.