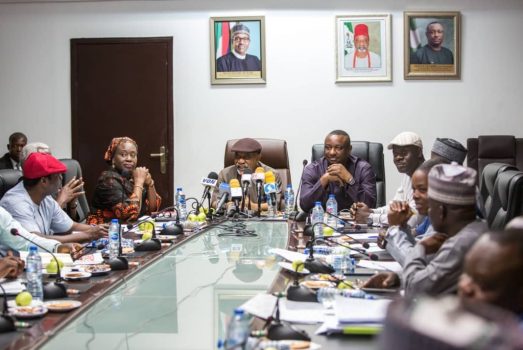 The Federal Government of Nigeria and the organized labour in the country on Thursday reached an agreement over the implementation of the new national minimum wage.

The Minister of State for Labour and Employment, Festus Keyamo disclosed this on his twitter handle Thursday night during the negotiations between the Federal Government and Labour representatives.

“After some delicate negotiations (with both Ministers as conciliators), the government and Labour have finally reached an agreement on the consequential adjustment of other wages following the implementation of the enhanced minimum wage of N30, 000.

“We are working on the communique,” Kenyamo tweeted without giving further details of the agreement.