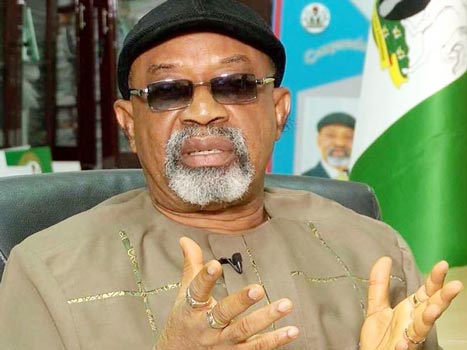 Nigeria’s Minister of Labour and Employment, Chris Ngige on Thursday said that the Federal Government would have to lay off workers to be able to meet a wage bill of N580 billion needed to meet labour’s demand on the new national minimum wage.

The minister stated this when the leadership of the United Labour Congress (ULC) paid him a courtesy visit in his Abuja office.

Ngige told the labour leaders that the sum was what would be needed by government to pay the consequential adjustments as demanded by labour.

He however said that the Federal Government was avoiding a situation where it would be forced to lay off workers, noting that throwing workers into unemployment would add to their burden.

He therefore pleaded with labour to accept the consequential adjustment from levels 7 to 17, adding that government had only three months left to commence the implementation of the new wage.

Ngige further disclosed that the Federal Government had so far paid arrears of N500 billion to workers, including those from the Academic Staff Union of Universities (ASUU).

He restated that implementation of the new wage had since commenced for workers on grade level 1 to 6, adding that the development had helped those on the lower cadre in the civil service to move up.

Recall that the government had told labour unions that it could only pay 9.5 per cent salary raise for employees on grade levels 07 to 14 and five per cent for those on grade levels 15 to17.

The bill for the N30, 000 new National Minimum Wage was signed into law by President Muhammadu Buhari on April 18.

Since the signing of the bill into law, the Federal Government and organized labour have been locked in an endless tussle over modalities for the payment of the new wage.