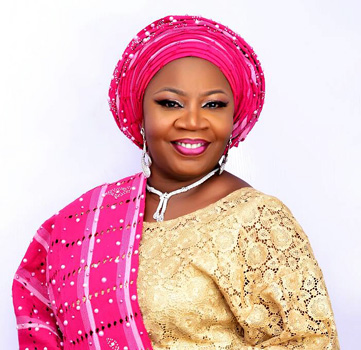 Mrs. Deborah Oreoluwa Onifade is a woman whose name is synonymous with nursing excellence. A well-grounded professional, she has double post graduate qualifications in her field. She is a researcher who has done extensive work in mental health education and the role of nutrition in mental health. She is currently the Chief Nurse Educator at the premier school of Post Basic Psychiatric Nursing, Neuropsychiatric Hospital, Aro, Abeokuta. She has held this  position since February, 2014.

Mrs Onifade was born in Lagos State in 1972 to the family of a devoted Christian couple namely Presiding Elder J.F and  Deaconeess A.A Oni(now late). She attended St. Anne’s School, Molete, Ibadan (1983-1988) before proceeding to the prestigious School of Nursing, University College Hospital, Ibadan (1991-1994) where she graduated and was licensed by the Nursing and Midwifery Council of Nigeria.

She furthered her professional training as a pupil midwife at School of Midwifery,Baptist Medical Centre, Ogbomosho (1995-1996). She never rested on her oars as she proceeded to the Ivy League University of Ibadan where she bagged a Bachelor’s degree in Nursing (1997-2000).

Her interest in health promotion through healthy eating habit informed her post graduate education at the Department of Nutrition and Dietetics, University of Agriculture, Abeokuta, Ogun State where she bagged her Master’s degree in Nutrition and Dietetics in 2008. In her quest to reproduce more professional nurses like herself, she went for another post graduate qualification, this time in Nursing Education from the University of Ibadan (2012-2014).

She has professional experience spanning over two decades in nursing practices, both in the clinical and academic areas. She was at the School of Psychiatric Nursing, Neuropsychiatric Hospital, Aro, Abeokuta (2000-2001), where she served her motherland as a Youth Corp member and as a nurse educator. She worked at Sacred Heart Hospital, Lantoro, Abeokuta between 2000 and 2004 where she was a nurse educator.

She has progressed through the professional ladder as a nurse educator and civil servant to the present rank of a Chief Nurse Educator. She is also a chairperson and member of different education committees of the School of Psychiatric Nursing and the hospital, Neuropsychiatric Hospital, Aro, Abeokuta.

Mrs Onifade is a recipient of  many awards including the Provost/CMD’s award for the Best Nurse, Neuropsychiatric Hospital, Aro, Abeokuta (2016) and the Best Nurse Educator for the Year 2016 by NANMN, NPH, Aro Chapter, Ogun State.

She is married to Dr. Peter Olutunde Onifade, a consultant psychiatrist at the Neuropsychiatric Hospital Aro, Abeokuta and the union is blessed with three boys.

It is in recognition of her contribution to national development in the sphere of Nursing Education that Mrs. Deborah Ore-Oluwa Onifade is deemed worthy to be conferred with the Woman of Merit Gold Award.