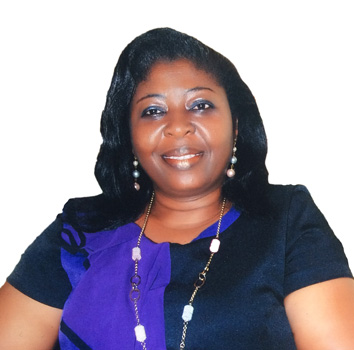 Mrs. Uwemedimo Mike Umonnan (JP) can easily be described as the toast of the Radiography profession in Nigeria. She is at once a radiographer, mammographer, sonographer, echocardiographer and vascular sonography specialist. She is the incumbent Director of Radiography at the Federeal Medical Centre, Ebute-Metta, Lagos

She was born into the Methodist Christian family of Elder and Mrs Okon Umoh-Udoh on May 22, 1967. She had her primary school education at  Methodist Primary School, Abiakpo Ikot Essien, Ikot Ekpene. She proceeded to the Federal Government Girl’s Secondary School, Benin-City where she graduated in 1985 in flying colours.

Still in pursuit of  knowledge, she enrolled at the University of Calabar where she obtained a B.Sc. in Radiography. Mrs. Umonnan also has Postgraduate diplomas in ultrasonography, mammography, echocardiography and a certificate in Management from the Institute of Radiography, The Radiographers Registration Board of Nigeria (RRBN).

Mrs. Umonnan started her Radiography career at the Hansa Clinic Enugu. She and her family relocated to Lagos state which necessitated her move to the General Sani Abacha Railway Hospital, Ebute-Metta as Radiographer 1 in 1997. The Hospital metamorphosed to the Federal Medical Center and she grew through the ranks to Director.

An embodiment of Christian virtue, she is an ordained Deaconess in The Living Faith Church aka Winners Chapel. She is highly visionary and a prayer intercessor. She is also a committed music minister who has served in different churches and choirs since she was 9 years old.

Mrs. Uwemedimo Mike Umonnan is happily married to renowned lawyer, Barrister Mike Umonnan. She is a natural mentor who is always eager to passon  her acquired knowledge and skills.

It is in recognition of his contribution to national development in the sphere of Medical Diagnostic Services ( Radiography) that Mrs. Uwemedimo Mike Umonnan is deemed worthy to be conferred with the Woman of Merit Gold Award.