UK Labour MP Resigns Over What She Calls ‘Anti-Jewish Racism’ 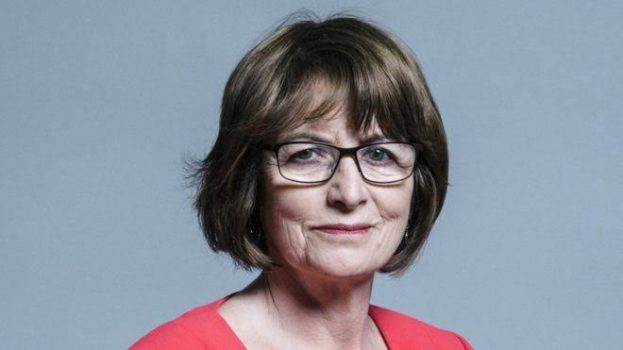 A Member of Parliament for Britain’s opposition Labour Party, Louise Ellman has resigned after accusing leader, Jeremy Corbyn of allowing anti-Semitism to flourish in the party.

The 73-year-old Ellman warned that with a possible general election upcoming, a Corbyn premiership could pose a threat to the country.

Her resignation comes months after several MPs resigned over Labour’s stance on Brexit and the leadership’s handling of accusations of anti-Semitism within the party.

She however said she would not join another party and hoped she could return to her political home in the Labour Party under a different leadership.

“I believe that Jeremy Corbyn is not fit to serve as our Prime Minister,” Ellman said in a statement she posted to Twitter on Wednesday.

“With a looming general election and the possibility of him becoming Prime Minister, I feel I have to take a stand.

“Under Jeremy Corbyn’s leadership, anti-Semitism has become mainstream in the Labour party. Jewish members have been bullied, abused and driven out.

“Anti-Semites have felt comfortable and vile conspiracy theories have been propagated. A party that permits anti-Jewish racism to flourish cannot be called anti-racist.

“The Labour Party is no longer a safe place for Jews and Jeremy Corbyn must bear the responsibility for that. We cannot allow him to do to the country what he has done to the Labour Party,” Ellman, who has been a Labour Party member for 55 years added.