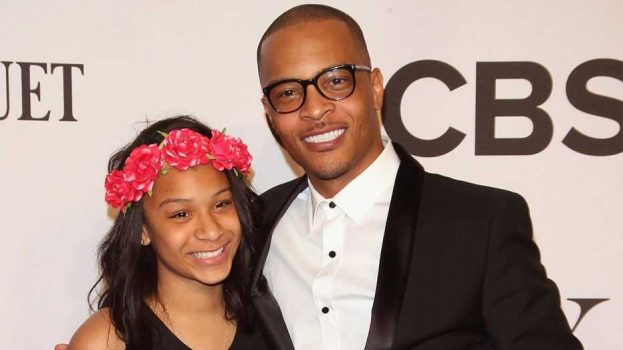 American rapper and actor, Clifford Joseph Harris Jr. popularly known as  T.I has again taken his teenage daughter to the hospital to check if she was still a virgin.

According to Times Miles Zone (TMZ) magazine, the 39-year-old rapper disclosed this during a podcast called ‘Ladies like Us’ which is hosted by two ladies, Nazanin and Nadia.

According to the rapper who was recently a guest in the show, he does not just accompany his 18-year-old daughter, Deyjah to the hospital to get her hymen checked annually but also sits behind to wait for the results.

The rapper added that he was simply exercising his right as a parent to steer his daughter away from what he considered as a bad decision.

This development has reportedly sent warning signals to all the guys out there waiting for her to come of age.