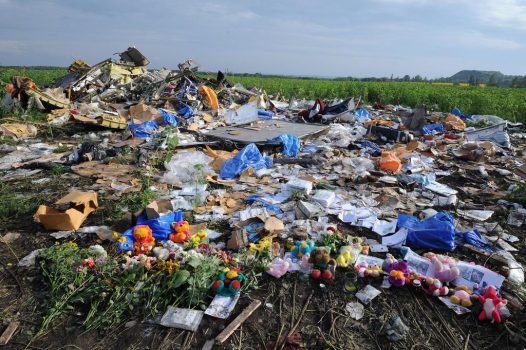 The probe said the recordings raised questions about the possible involvement of key Kremlin officials including Defence Minister, Sergei Shoigu and a top aide to President Vladimir Putin in the deployment of the missile which shot down the Malaysia Airlines plane in 2014.

The intercepts also showed that ties between the Kremlin and fighters from the separatist Donetsk People’s Republic (DPR) in eastern Ukraine were ‘much closer’ than originally believed.

“There was almost daily telephone contact between the leadership of the DPR and their contacts in the Russian Federation,” the Dutch-led Joint Investigation Team said in a statement.

“They spoke with leaders in Moscow, near the border with Ukraine and in Crimea. Communication mostly took place via secure telephones provided by the Russian security service,” it added.

The Russian Foreign Ministry has however denied the accusations, saying that the investigators had already taken a decision on the verdict and we’re just adjusting materials to support the tactics chosen by the prosecutors.

“They’ve already decided a verdict and the rest is just an adjustment of the materials so they can support the tactics chosen by the prosecution,” spokeswoman of Russia’s Foreign Ministry, Maria Zakharova said.

The investigation team is also appealing for more witnesses ahead of the trial in the Netherlands next year of three Russian nationals and one Ukrainian over the downing of the jet.

The passenger plane travelling from Amsterdam to Kuala Lumpur was hit by a Russian-made BUK missile in 2014 over rebel-held eastern Ukraine, killing all 298 people on boar

Investigators have previously said the missile was transported to Ukraine from a Russian army anti-aircraft brigade based in the Russian city of Kursk.

The suspects who are facing trial, Igor Girkin who is a former Russian intelligence agent, Sergei Dubinsky, Oleg Pulatov and Leonid Kharchenko were all leading members of the DPR expected to be tried in absentia.

The investigators said a number of the calls involved Vladislav Surkov, a key aide to President Putin. One of them involves him promising military reinforcements from Russia in 2014.

In another call from 2015, Surkov spoke to one of the defendants, Kharchenko over concerns that fellow suspect Dubinskiy will be arrested for illegally crossing over into eastern Ukraine.

Russian Defence, Minister Sergei Shoigu is mentioned in a number of telephone calls between rebels, with one of them saying that fighters were coming ‘with a mandate from Shoigu’.

In another recording, Alexander Borodai, a senior separatist says “I’m carrying out orders and protecting the interests of one and only state, the Russian Federation. That’s the bottom line”.

The investigators said they specifically wanted to know if Surkov and Shoigu ‘have a role in the planning and execution of military operations in the summer of 2014 in eastern Ukraine’ when the flight was downed.

The investigation team involves Australia, Belgium, Malaysia, Ukraine and the Netherlands which were the countries hardest hit by the disaster. Of the victims, 196 were Dutch.