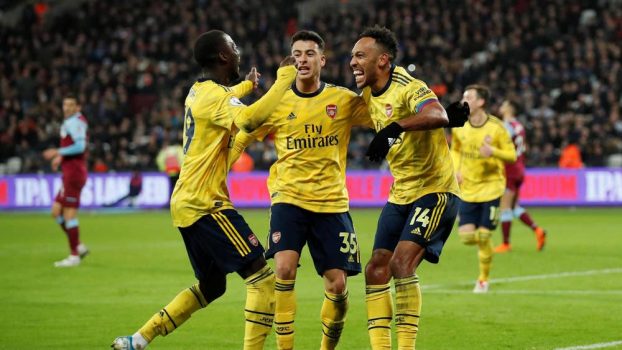 Arsenal has won a significant victory against West Ham. The gunners came from behind to end their nine-match winless streak as interim manager, Freddie Ljungberg enjoyed his first victory as coach of the team.

Angelo Ogbonna scored the opener for West Ham at the 38th minute. Eighteen-year-old Gabriel Martinelli scored Arsenal’s equaliser in the 60th minute. Nicola Pepe scored Arsenal’s second goal of the night at the 66th minute . Pierre-Emerick Aubameyang fired in a third to seal off the match.

West Ham remain a point above the relegation zone in 16th and face a trip to third-bottom Southampton on Saturday. Arsenal move up two places to ninth.