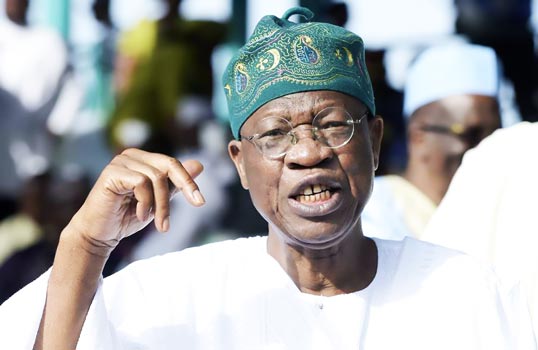 Speaking at a media briefing to present the major achievements of President Buhari’s administration, Mohammed said the debt stock was a cumulative figure of borrowings by successive governments over many years.

The minister however said there was yet no cause for alarm over the country’s $83 billion debt as according to him, the country was still operating within its debt ceiling of 25 percent in the total public debt stock to Gross Domestic Product (GDP).

Recall that former President Olusegun Obasanjo had on Friday last week echoed the concerns of prominent Nigerian citizens, economists and organizations, including the International Monetary Fund (IMF) to warn Nigeria against its rising debt profile.

Mohammed  justified the borrowings which have immensely contributed to the rising debt stock, arguing that no government would sit by and do nothing in the face of massive infrastructure decay.

“Recently, there have been concerns in certain circles about the country’s growing debt, both domestic and external. In the process, there have been some misrepresentations and scaremongering.

“We therefore believe it is important to put things in the right perspective so our citizens will be well informed,” he added.