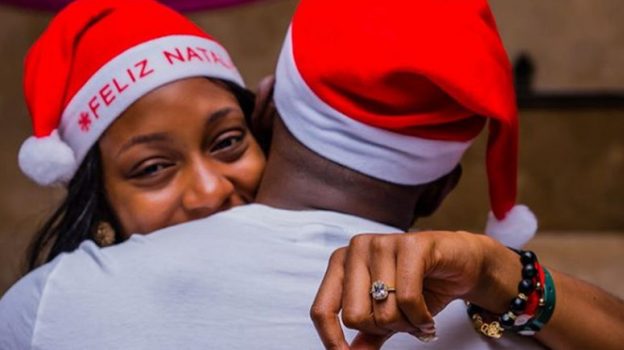 Gedoni proposed to Khafi on Christmas Day while the lovebirds were on a vacation in Cape Verde.

Khafi announced her acceptance of Gedoni’s marriage proposal in a post on her Instagram Page where she held a paper with the inscription, ‘I Said Yes!‘.

Other former BBNaija housemates like Tacha, Frodd, Sir Dee, Diane have reacted to the news and congratulated the duo.

Just like Bambam and Teddy A who recently got married, Khafi and Gedoni started their hot romance on the BBNaija show where they allegedly made out several times on live TV.