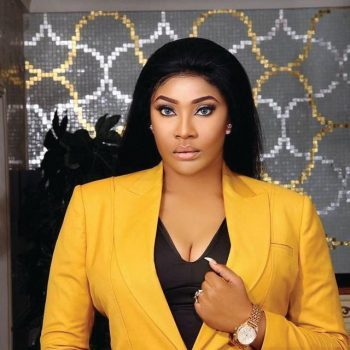 Nollywood actress and singer, Angela Okorie has been hospitalized after she was attacked by armed men while on her way back from the ‘’Fans Party-The Generation X’ show where she performed live.

The actress who was on her way from Ikeja where the show held reportedly ran into the armed hoodlums at the Orile area of Lagos  and they riddled her car with bullets in an attempt to dispossess her of some valuables.

Although it was still unclear how the actress managed to escape the attack, pictures of the car showed smashed front and rear windows with blood stains splashed all over the back seat.

According to reports, Okorie has been admitted into an unnamed private hospital where she is currently receiving treatment.