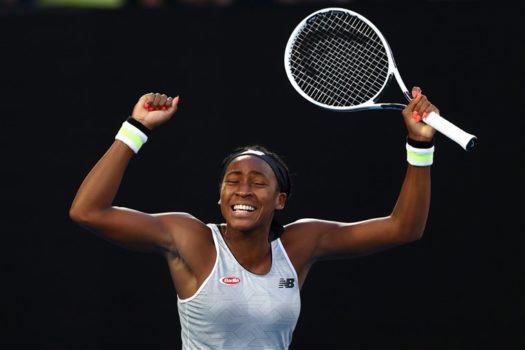 Fifteen- year- old Coco Gauff stunned defending champion Naomi Osaka to reach the fourth round of a slam for the second time in her career.

Gauff, who won just three games against Osaka when they met at the US Open last summer, was rock solid and took advantage of an error-strewn display from her opponent to win 6-3 6-4.

Gauff was stunned by her own achievement, saying: “Two years ago I lost first round in juniors, and now I’m here. This is crazy.

“I was just telling myself one point at a time and keep fighting because you never know what happens on this court.

“I’m on Rod Laver Arena, I can’t believe this.”

Osaka was the third former Australian Open winner to bow out of the draw on Friday after Serena Williams and Caroline Wozniacki, who won the title in 2017 and 2018, lost their respective matches at Melbourne Park earlier in the day.

Gauff defeated former world number one and seven-time Grand Slam champion, Venus Williams, in the first round, before taking out Romania’s Sorana Cirstea in a tightly-contested second-round match.

Gauff will play either China’s Zhang Shaui or American Sofia Kenin in the fourth round.