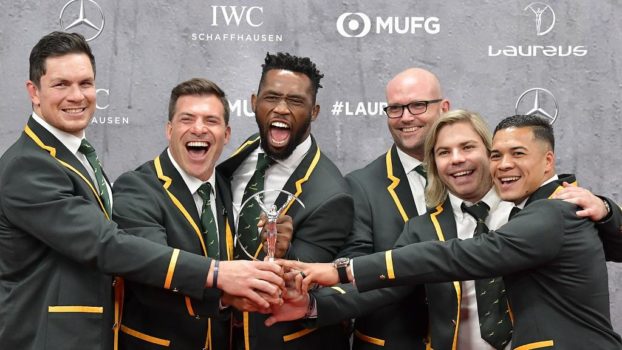 South Africa’s rugby team also known as the Springboks was named World sports team of the year in Berlin on Monday.

“Winning the World Cup obviously, and winning the Laureus Award mean so much and I think the big thing for us is just to continue where we left off and not drop off at all,”  rugby player, Faf De Klerk said.

Captain Siya Kolisi had this to say: “We really enjoyed every single part of it and one thing that I’ll never forget that our coach said: it’s really a privilege to play rugby in South Africa, because you get to impact people’s lives who don’t play rugby and you can bring a country together like we’ve seen in the past couple of weeks.”

South Africa beat England 32-12 in Yokohama in November to win the World Cup. It was their third win led by Siya Kolisi, the first black man to captain the Springboks.