Aminu Ado Bayero Announced As The New Emir Of Kano 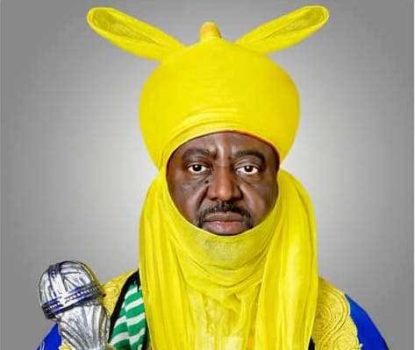 Governor Abdullahi Umar Ganduje of Kano state has approved the appointment of Alhaji Aminu Ado Bayero as the 15th Emir of Kano. The new Emir’s appointment comes hours after the dethronement of Emir Muhammad Sanusi II.

A statement on Monday by the Secretary to the Kano State Government, Alhaji Usman Alhaji announced the appointment of the new Emir of Kano in the following words:

“Following the resolution emanating from the State Executive Council today and the recommendation by kingmakers of Kano Emirate and the approval of appointment of the new Emir of Kano, following the resolution of the State Executive Council at its sitting of today, the 9th day of March 2020, with regards to the deposition of the former emir, in my capacity as the Secretary to the State Government, I have been directed by his Excellency the Executive Governor of Kano state, Dr. Abdullahi Umar Ganduje, (OFR), based on the powers conferred on him by the provision of section 11(1) of the Kano state Emirate Council Law 2019, that is equivalent to 1441 AH, to announce the appointment of Alhaji Aminu Ado Bayero, the former Emir of Bichi Emirate, as the new Emir of Kano Emirate. He is the 15th Emir of the Fulani in the Kano Emirate.

“This followed the recommendation received from the Kano Kingmakers to his Excellency the Executive Governor of Kano state. As you can see, the four king makers are all here seated with us.”