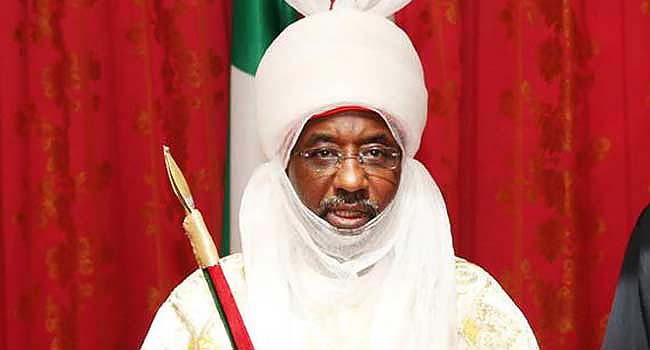 This was announced after a special sitting of the Kano State Executive Council chaired by Alhaji Abdullahi Ganduje, the Governor of Kano State.

“The Kano State Executive Council under the Chairmanship of His Excellency, the Governor of Kano State, Dr. Abdullahi Umar Ganduje OFR has unanimously approved the immediate removal/dethronement of the Emir of Kano Emirate, Muhammad Sunusi II.”

“The Emir of Kano is in total disrespect to lawful instructions from the office of the State Governor and other lawful authorities, including his persistent refusal to attend official meetings and programmes organized by the Government without any lawful justification which amount to total insubordination.

“It is on record and in so many instances Mallam Muhammad Sunusi II has been found breaching Part 3 Section 13 (a e) of the Kano State Emirate Law 2019 and which if left unchecked will destroy the good and established image of the Kano Emirate.

“This removal is made after due consultation with the relevant stakeholders and in compliance with Part 3 Section 13 of the Kano State Emirate Law 2019 and other reasons stated above.

“The removal was reached in order to safeguard the sanctity, culture, tradition, religion and prestige of the Kano Emirate built over a thousand years.”

Usman Alhaji added that a new Emir of Kano would be appointed soon.

Sanusi ascended the throne in 2014, following the death of his granduncle, Alhaji Ado Bayero. His grandfather, Muhammadu Sanusi I reigned from 1953 to 1963 when he was deposed by the Premier of the defunct Northern Region, Sir Ahmadu Bello. His father, Aminu Sanusi occupied the exalted office of Ciroma of Kano.

Prior to his ascension, Sanusi was an economist and banker. He served as the Governor of the Central Bank of Nigeria from 2009 to 2014, when he was suspended by President Goodluck Jonathan after raising an alarm on an alleged US$20 billion NNPC scandal.

The relationship between Sanusi and Ganduje had been anything but cordial. What with Sanusi’s penchant for openly criticizing the state government’s policies he disagreed with. It was not only Kano State that came under the unsparing criticisms of the Emir. All the state governments and entire establishment of the north of Nigeria came under his unsparing tongue-lashing as he sees them as being responsible for the backwardness and poverty in that part of the country.

Observers who are familiar with political developments in Kano State claim that the disagreement between the two men acquired a new height during the last electioneering campaigns. The Emir is said to have backed the opposition to Ganduje for the governorship of the state.

Apparently, Ganduje also did everything to contain and frustrate the Emir. His government spurned several allegations of misdemeanor including corruption against Sanusi. The governor even broke up the ancient Kano Emirate into five and appointed four new emirs of first class status just like Sanusi. All was obviously in a bid to  whittle the influence of the Emir. So many Nigerian political observers already saw the dethronement of the highly cerebral but uncompromising Emir Muhammad Sanusi as it was coming.