Four New Cases Of Coronavirus Confirmed In Lagos And Hospitalised 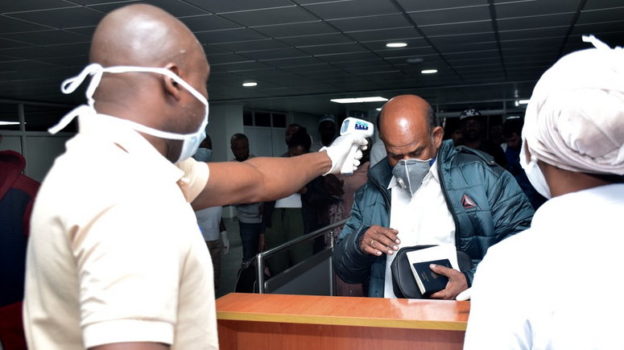 The Lagos Commissioner for Health, Professor Akin Abayomi, has confirmed four new cases of the COVID-19 pandemic in Lagos.

This brings the number of confirmed cases of the Coronavirus in Nigeria to 12.

Professor Abayomi explained that out of the 19 people tested on Wednesday, four  tested positive and had been isolated for treatment at the Infectious Disease Hospital, Yaba, Lagos.

Abayomi said: “If you recall, we had four new cases yesterday (Wednesday). A mother and child who travelled from the US into Lagos, a gentleman that travelled to Lagos from London, and an American citizen that crossed the Nigeria/Benin border into Nigeria, all the four of them tested positive and have been admitted at the Infectious Diseases Hospital, Yaba.

“They are all doing well under isolation. That was in addition to our index case, the Italian gentleman. The second case has tested negative and has returned to Ogun State and the lady that travelled from the UK was our third case.

“The index case has now cleared the virus, we will check him one more time, if he is negative, he will be discharged.

“Yesterday (Wednesday), we performed 19 tests on suspected cases and contacts of the new cases that were admitted on Tuesday. Out of those 19 tests, we have four new positives.

“The first new positive is a contact of the third case that came from the UK, she has tested positive and will be admitted shortly. We have a new case, a female Nigerian, returning from France via Istanbul on Turkish Airlines TK 1830 on March 14.

“We have a third case – Nigerian male, in his 50s. He has never travelled anywhere and he presented symptoms. He was referred to us, we went to retrieve samples and it tested positive. He had since been admitted into our facility.

“The fourth case is a Nigerian male, he arrived on March 13 from Frankfurt via Lufthansa Flight no LH568. We are currently running more tests on suspected cases and contacts of our confirmed cases. It is clear that we have a combination of imported cases and local transmission.”