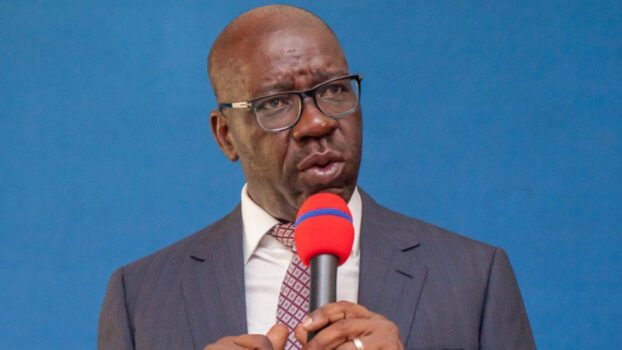 A total of 2,234 delegates were approved for the primaries but only 2,202 were accredited. Total valid vote cast were 2,024 with 72 votes declared invalid.

Obaseki scored 1,952 votes to emerge the Governorship Candidate with 95 percent of the vote cast.

Three of the governorship aspirants, namely Kenneth Imasuagbon, Ogbeide Ihama and Gideon Ikhine had withdrawn from the race with Obaseki as the sole aspirant.

Obaseki joined the PDP on Friday, June 19, 2020 after quitting the ruling All Progressives Congress (APC).