Scroll to Top
Follow
Home » Assessment / Interviews » Is The ACN Bloc Within The APC Planning to Dump The Party?–Asks Wale Akinola

Is The ACN Bloc Within The APC Planning to Dump The Party?–Asks Wale Akinola 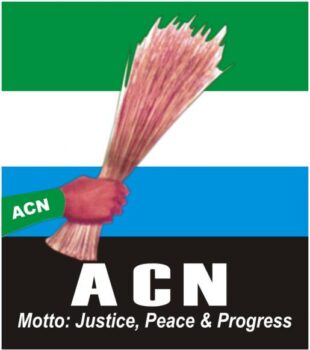 With three years away to the expiration of the tenure of President Muhammadu Buhari as President of Nigeria, intense jostling over his successor has begun in  earnest. Now, it is becoming clearer, the issues at play, the major players to watch and the shape of things to come.

In recent months, the recurring topic of discussion among major political stakeholders in Nigeria has been centered around the crisis within the ruling All Progressives Congress (APC), particularly the crisis in Edo State where the former National Chairman, Adams Oshiomhole is at daggers drawn with the just defected Edo State Governor, Godwin Obaseki who is seeking re-election for a second term.

While it looks like the crisis in Edo State has consumed both sides, the crisis within the National Working Committee of APC is still at its crescendo.  While the Victor Giadom leadership which was backed by a court order was briefly recognized by President Buhari, the other members of the NWC are recognized by the National Leader of the Party, Asiwaju Bola Tinubu.

With the court order giving legitimacy to Chief Victor Giadom to act as Chairman, he  called for a NEC meeting which was slated to hold on Thursday, 25th June 2020. The  President promptly informed members of NEC that he would  be attending. The NWC members loyal to the National Leader, Tinubu, kicked against the President’s decision to call the NEC meeting which they felt was illegal.

They were of the opinion that the outcome of the NEC meeting would not be favourable to Asiwaju Bola Tinubu, the Leader of the ACN bloc within the APC. Alas, the meeting held and President Buhari not only dissolved the NWC, he went ahead to constitute an interim one headed by the erstwhile National Secretary and incumbent Governor of Yobe State, Mai Mala Buni.

Buni’s emergence as Acting Chairman has been largely welcomed by the APC governors but many political watchers across the country believe that the developments so far are highly tilted against Tinubu and those followers of his who have remained loyal.

The first major casualty of the new dispensation in the APC is obviously Oshiomhole who is not likely to re-emerge as  the party’s National Chairman. With reports already saying that the ACN bloc may have already concluded plans to work with Atiku Abubakar for 2023, it is pretty obvious that Tinubu’s loyalists are getting pretty fed up with all the maneuvers going on.

The loyalists believe that Oshiomhole’s ouster may just be a sign post that there are forces within the party who are not favourably disposed towards Tinubu’s 2023 presidential ambition. Oshiomhole has been a key Tinubu loyalist just as Tinubu not only facilitated his emergence as Chairman but also mobilized against earlier attempts to oust him.

Yet,, there are skeptical observers who regard any suggestion that the Asiwaju intends to seek an alliance  with Atiku as a wild speculation.

However, and all said many of these political watchers would swear that indeed, the countdown to 2023 has  begun. As it is, the schemes and the horse trading are beginning to take shape.

Wale Akinola, a political analyst sent in this piece from Lagos.

If We Want To Know How Dubai Works, Let Us Ask Them – By Tonye Princewill