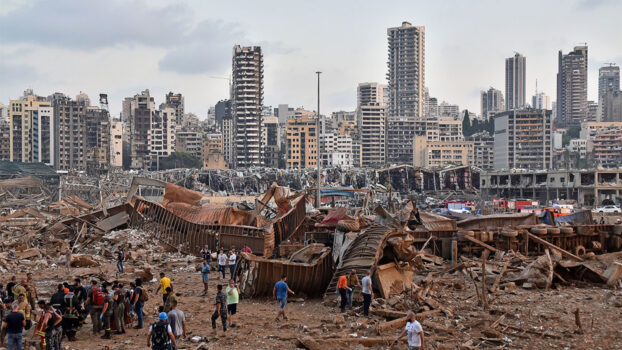 At least 78 people have died and more than 4,000 others injured as two huge explosions rocked the Lebanese capital, Beirut on Tuesday.

Lebanon’s President Michel Aoun later said in a statement that an estimated 2,750 tons of ammonium nitrate, an explosive, had been stored at a warehouse for the past six years.

The President has scheduled an urgent cabinet meeting for Wednesday, and said a two-week state of emergency should be declared.

Officials said they expected the death toll to rise further after Tuesday’s blast as emergency workers dug through rubble to rescue people and remove the dead.

US President Donald Trump said the huge explosion that shook Beirut appeared to be a “terrible attack.”

“We have a very good relationship with the people of Lebanon and we will be there to help. It looks like a terrible attack,” Trump told reporters at the White House.

“I’ve met with some of our great generals and they just seem to feel that this was not some kind of manufacturing explosion type of an event … They seem to think it was an attack. It was a bomb of some kind,” the American president concluded.