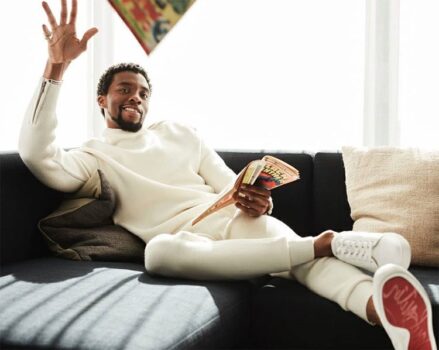 Chadwick Boseman, who reigned onscreen as Marvel’s  Black Panther, died at his Los Angeles home on Friday of cancer at age 43. He was surrounded by his wife, singer Taylor Simone Ledward and relatives.

Calling him “a true fighter,” Boseman’s family revealed the actor was diagnosed with colon cancer four years ago. He never made his diagnosis public.

Born in 1976 and raised in South Carolina, Boseman went on to attend Howard University, where he graduated with a Bachelor of Fine Arts in directing. His career in front of the screen began with smaller TV roles, however his portrayals of Jackie Robinson in 42 (2013) and James Brown in Get On Up (2014) catapulted him to mainstream stardom.