Emir Of Zaria, Alhaji Shehu Idris Dies After 45 Years On The Throne 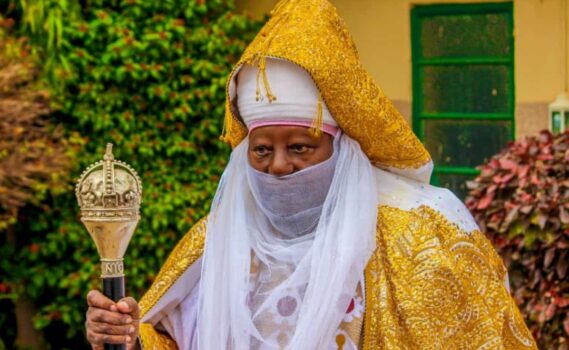 The Emir of Zaria also known as Zazzau which is one of the most prominent emirates in the northern part of Nigeria, Alhaji Shehu Idris has died today, September 20, 2020 in hospital at the age of 84. He was the 18th Fulani Emir of Zazzau.

Born on February 8,1936, he was installed as Emir on February 8,1975. He was a descendant of a prominent royal lineage in Zazzau. His great great grandfather was Sarkin Zazzau or Emir of Zaria just as his gradfather, Muhammmadu Sambo was Emir from 1879 to 1888.

As mentioned above, the Emir of Zaria, Alhaji Idris was one of the most prominent emirs of modern day northern Nigeria. As Sarkin Zazzau, he was Chairman of Zazzau Emirate Council and the most prominent traditional ruler in Kaduna State.

As a child, he attended the Zaria Middle School from where he proceeded to the Katsina Training College to train as a teacher. He taught in many schools in Zaria and its environs until his appointment as Private Secretary to  Emir Muhammadu Aminu in 1960. He was in 1965 appointed as Secretary to the Zaria Native Authority Council in 1965.

Alhaji Shehu Idris was conferred with the traditional title of Dan Madamin Zazzau in 1973 and became the District Head of Zaria and Kewaye. He enjoyed a special place at the side of Emir Muhammadu Aminu and it was apparent that Sarkin Aminu would want him as his successor.

Following the death of  Sarkin Zazzau Aminu , Alhaji Shehu Idris ascended the throne of his forebears as Emir of Zaria in 1975.

His death today was announced by several prominent Nigerians from the northern part of the country on social media. One of them was the Personal Assistant to President Muhammadu Buhari on New Media, Mr Bashir Ahmad who tweeted:

“The Emir of Zazzau, Alhaji (Dr) Shehu Idris died at the age of 84, he had been on the throne for over 40 years. May Allah (SWA) forgive all his shortcomings and grant him Jannah al- Firdaus.”

Aminu Ado Bayero Announced As The New Emir Of Kano