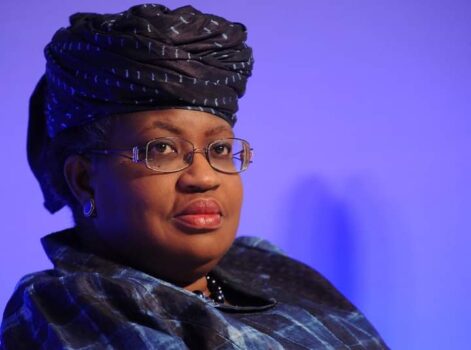 The World Trade Organization has said Nigeria’s Dr Ngozi Okonjo-Iweala and South Korea’s Yoo Myung-hee have advanced to the final round in the race for the position of  director-general. The implication is that the 25-year-old body will have its first female Director-General this year.

“Our aim continues to be to encourage and facilitate the building of consensus among members, and to assist in moving from this final slate of two candidates to a decision on appointment,” WTO General Council Chairman David Walker said during a meeting Thursday in Geneva.

Walker said the last phase of the selection process will begin on October 19 and run until October 27, after which the WTO will seek to name a consensus winner.

Okonjo-Iweala has the experience of working in international governance bodies as a former managing director of the World Bank and as  chairman at the Global Alliance for Vaccines and Immunization.