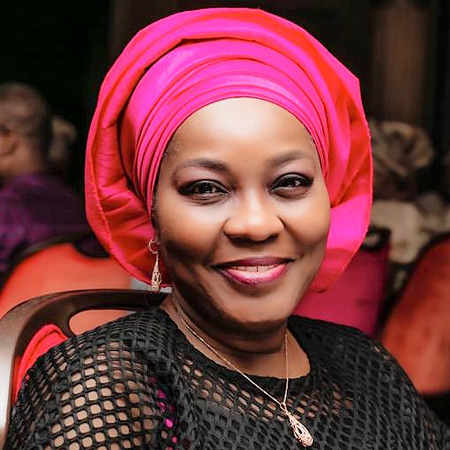 Dr. Abimbola Shafau also known as Dr. Abby is a seasoned physician. She is an award-winning Paediatric Consultant with work experience of over three decades. She has extensive international practice experience.

One of her most outstanding achievements is the establishment of Abby’s Paediatric Hospital, an ultra modern health facility which is located at 3, Redemption Close, Omole Phase 2, Lagos State, Nigeria.

Abimbola’s elementary education was at Our Lady of Apostles – Private School, Yaba after which she went on to Holy Child College, Ikoyi in 1974. She proceeded to Federal Government, Odogbolu, Ogun State for her A-Levels.
Her compassion and desire to serve humanity led her to the College of Medicine, University of Lagos, Idi- Araba, where she graduated in 1989. She left for Trinidad and Tobago in the West Indies immediately after graduation for her internship in that country.

From there, she went on to the United States of America for her Residency in Paediatrics at the Newark Beth Israel Medical Center in New Jersey where she excelled and stood out to become the Chief Resident.

Once confirmed as a Consultant Paediatrician by passing her Board Exams in Paediatrics, she worked as a Paediatric Hospitalist at Saint Barnabas Medical Center, New Jersey. She was awarded “Doctor of the Year” in Paediatrics by the medical staff and patients of the hospital.

Her extensive experience and wealth of knowledge especially in critical care, were garnered in Florida from North Broward Medical Center where she was awarded “Best Penmanship” for the most legible and detailed documentation on patients; and, Coral Springs Hospital where she was recognized as one of the “Best Female Doctors” in Broward County.

In 1998, she married Mr. Laiwola Shafau (of blessed memory) and the union is blessed with two children. Her second child was diagnosed with Sickle Cell Disease which sparked her passion for the notorious childhood disease.

The establishment of Abby’s Paediatric Hospital was the culmination of her passion and dreams, nurtured and developed by her love for children and their well-being, especially children with Sickle Cell Disease. Abby’s Paediatrics Hospital is a State-of-the-Art Children’s Hospital which provides a comprehensive range of quality services. The hospital is recognized nationally and internationally for its specialized services for children from birth to 18 years, especially those with Sickle Cell Disease.

Dr. Shafau was born to Mr. & Mrs. Olatunji Odusanya in Lagos.  She loves dancing, listening to music and reading. She currently resides both in Nigeria and the USA.

It is in recognition of her contribution to national development in the field of Human Medicine (Paediatrics) that Dr Abimbola Shafau has been conferred with the Nigerian 60th Independence Anniversary Award for Productivity.