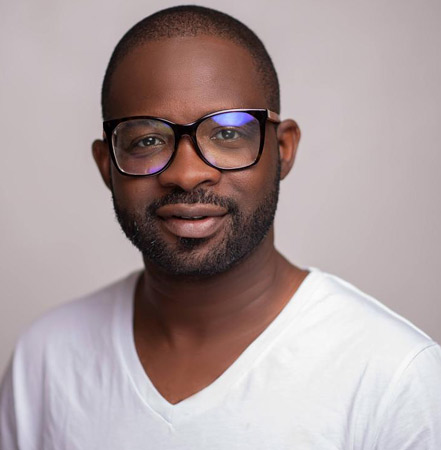 Dr Ayobami Rasheed Aranmolate is one of Nigeria’s most prominent and accomplished plastic surgeons. He is a  burn consultant, a skin care expert and an advanced professional in the use of Laser systems.

Dr Ayobami Aranmolate is the Chief Medical Director and Chief Executive Officer of Grandville Medical and Laser, a plastic and aesthetic laser clinic with three facilities located in Lagos and Abuja.

Ayobami was born  in Lagos on June 16, 1977 to the family of Mr Ayodele Musfutau and Esther Aranmolate. It is a family of seven male children and the parents are from Ijebu- Ode in Ogun State. His primary school education was at Oroku Nursery and Primary School, Ebute-Metta, Lagos after which he attended Ondo State Government College,
Usi Ekiti, a town which is now part of Ekiti State betweeen 1990 and 1995.

His undergraduate education was between 1997 and 2004 at the College of Medicine, University of Lagos where he earned his Bachelor of Medicine and Bachelor of Surgery. Significantly, as a mark of his brilliance, he was on the National Chevron University Schorlarship from 1998 to 2004.

Upon graduation, he proceeded on  his postgraduate residency training in Burns/Plastic and Reconstructive Surgery at the Department of Plastic Surgery of the National Orthopedic Hospital, Igbobi, Lagos . He qualified as Fellow of the West African College of Surgeons (FWACS).

Aranmolate has also had extensive training in other parts of the world. He trained in burns and wound care at St.Elizabeth Regional Burn Center, Lincoln, Nebraska, USA.

His centre, Grandville Medical and Laser, is one of the destination centres in Nigeria for Smile Train Surgery. He was recently honoured with the Smile Train Hero’s Award because of the Smile Train social media presence. He has appeared on many shows and has received several local and international awards.

Aranmolate is a philanthropist and a game changer in Plastic Surgery. He holds a popular show on DSTV Channel 151 by 9pm every Friday called “Dr Laser’s Diary” where narratives of patient’s experiences  about Plastic Surgery are shared.

Indeed, Dr Aranmolate is a well- grounded professional. He is a member of the Nigerina Medical and Dental Council, the Nigerian Medical Association, the International Society of Burn Injuries, The Nigerian Association of Burn, Reconstructive and Aesthetic Surgery and the West African College of Surgeons.

Except for the compulsory National Youth Service under which he was posted to Igede Central Primary Health Care Centre at Igede in Benue State and brief postings to the University College Hospital Ibadan and the National Orthopaedic Hospital Enugu, Rasheed Aranmolate has spent most of his working life in the city of Lagos.

Rasheed is married to the love of his life, Mrs Funmilayo Aranmolate whose support he greatly acknowledges. For pastime, he loves going to the cinema with his family.

It is in recognition of his contribution to national development in the field of Human Medicine ( Plastic and Aesthetic Surgery), that Dr Ayobami Rasheed Aranmolate was deemed worthy to be honoured with the Nigerian 60th Independence Anniversary Award for Productivity.