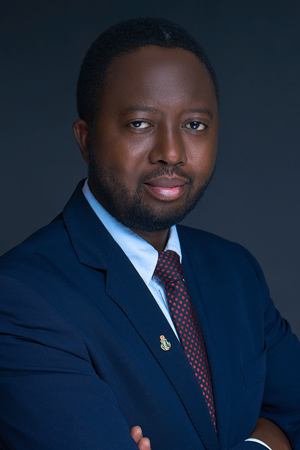 Dr Hafiz Atiku belongs to the new generation of Nigerian physicians who are expanding the frontiers of medical practice through hard work and the acquisition of professional knowledge. He is the Deputy Head of Clinical Services and the Head of the Radiology Department of the Federal Medical Centre, Birnin Kudu, Jigawa State.

Born in the town of Ringim in Ringim Local Government Area of Jigawa State in the year 1977, he had his early education at  Katutu Special Primary School Ringim from 1982 to 1988. He was a pioneer student of Kano State Foundation Boys Secondary School from 1989 to 1991. He thereafter attended Science Secondary School, Kafin Hausa between 1991 and 1994 and obtained his West African Secondary School Certificate.

Hafiz subsequently gained admission into the famous Bayero University, Kano to read Medicine. He earned his MBBS degree from that institution in September, 2004.

Afterwards, he went to the University of Maiduguri Teaching Hospital for his Housemanship (2005 – 2006). For his National Youth Service, he was deployed to Government House Clinic, Creek Haven, Yenagoa, Bayelsa State (2006 – 2007). Having served in the NYSC, he took up appointment as a Medical Officer at Federal Medical Centre Birnin Kudu  where he served for three years.

In Birnin Kudu, he served as Secretary General of the Medical and Dental Consultants Association of Nigeria in 2017 and was made Chairman of the same association in 2019.

Dr Hafiz Atiku is also a Managing Partner and a member of the Board of Directors at Optimum Diagnostic Centre, Kano.

Atiku holds a Masters degree in Health Economics. He is a member of the National Institute of Management and he also holds a proficiency certificate in Project Management which was awarded by the Dangote Business School, Kano.

In his spare time, he engages in farming activities which include crop production, cattle rearing and fisheries. He also loves to travel and meet new people.

It is in recognition of his contribution to national development in the field of Medicine (Medical Diagnostic Services), that Dr Hafiz Atiku was deemed worthy to be honoured with the Nigerian 60th Independence Anniversary Award for Productivity.