Dr Justin Chuba Ngene : A Patriot Serving For The Love Of Country 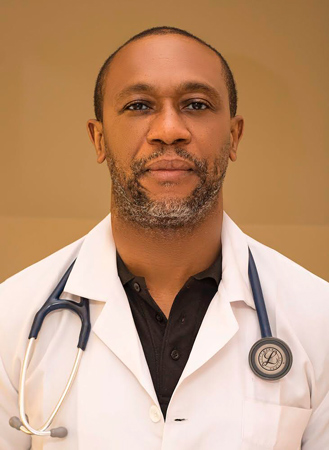 Dr Justin Chuba Ngene is an American – trained physician. He returned to Nigeria with a strong determination to contribute to the process that could reverse medical tourism which has long been identified as a major drain on the country’s financial resources.

Before now, his exposure to medical practice in Nigeria was through the medical mission trips he made to the country. In 1918 however, he took a decision to commit himself to making a major contribution to health care in his country the best way he could. His goal was to provide affordable medical care in line with World Health Organization standards and principled on evidence-based medicine.

In 2019, he set up Etta Atlantic Memorial Hospital, a private healthcare facility at Ikate-Elegushi in Lekki, Lagos. Here he practices Acute Hospital Medicine which is a sub-specialty of Internal Medicine for critically ill patients. The hospital also offers a range of other specialties and services including Internal Medicine, Family Health Care, Obstetrics & Gynaecology, Surgery, Mental Health, Pharmacy, Medical Laboratory and Diagnostics.

Justin Ngene has won a number of  awards and recognitions. In the year 2000, he was recognized by the University of Bridgeport for Academic Achievement in Biology. In December 2007 and December 2008, he was pronounced as Resident of the Month by VA Hospital East Orange, New Jersey.

It is in recognition of his contribution to national development in the field of Human Medicine and Health Facility Management that Dr Justin Chuba Ngene was deemed worthy to be conferred with the Nigerian 60th Independence Anniversary Award for Productivity.