Dr Obioma Cosmas Iwuagwu :Impact In The Field Of Radiology 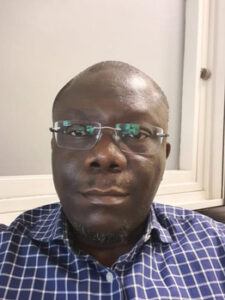 Dr Obioma Cosmas Iwuagwu is one of the celebrated Nigerian physicians who have won international recognition on account of their exemplary contribution to the field of human medicine. His forte is radiology and he has made huge impact in Nigeria and the European continent.

Iwuagwu is the founder of Human Race Specialist  (Diagnostic ) Centre which is located in Owerri, the Imo State capital. The centre founded in 2014 is today believed by many to be the most comprehensive medical diagnostic facility in Imo State and indeed the South East of Nigeria as well.

He attended various primary schools because of his father’s postings as a secondary school principal. He eventually finished his primary education at Community School Umuneke Ngor, with distinction. His secondary education was at Federal Government College, Ikot Ekpene ,Akwa Ibom State. He subsequently attended the medical school of the University of Nigeria Nsukka, graduating with an MBBS on the Merit List in June 1992 at age 21.

After his National Youth Service at  General Hospital, Idah in Kogi State, he spent a few years in private medical practice before proceeding to Munich and Duesseldorf, Germany to specialize in Clinical Radiology . He obtained the highest German Specialist Qualification Certificate from the Arztekammer Nordrhein in November 2002.

He studied for and obtained an LLM degree in Medical Law from the Northumbria University in Newcastle upon Tyne, United Kingdom from 2005 to 2007, specializing in Quality and Risk Management in Healthcare.

Dr Iwuagwu served as Consultant Radiologist in Kilinkum der Stadt, Krankenhaus Gerrresheim, Dusseldorf, Germany till 2003. He was then head-hunted and had to move to Northumberland, North East England, UK as Consultant Radiologist and later became the Head of Radiology for Northumbria Healthcare NHS Foundation Trust, comprising five major hospitals. It is also, one of the largest public hospital groups in the UK.

Since 2010, he has been employed as Senior Consultant Radiologist at London NorthWest University Hospital NHS Trust.

Human Race Specialist Medical Centre is now a full-fledged Hospital for Neurosurgery and Heart Surgery and a major employer of specialized labour in the local economy with over 40 fulltime staff members of various cadres and in clinical/nonclinical disciplines.

Dr Iwuagwu continues to invest physically, morally and spiritually in Nigeria and Imo State in the areas of agriculture as principal of Ubuntu Landing Farms and solid minerals mining as well as extensively in real estate development across states.

A keen medical researcher, he has several publications in international peer-reviewed journals in German and English languages.

He reviews papers for publication in Clinical Radiology, the foremost radiology journal in the UK and foremost English language radiology journal in Europe, Medical Director and The African Albinism Movement, TAAM . He is President, Internaltional Human Race Development and Charity Centre and the Medical Advisor, Nigerian Muscular Dystrophy Society.

He is fluent in Igbo, English and German. He is married to Mrs Ngozi Iwuagwu (nee Anumudu) and blessed with children, male and female.

It is recognition of his contribution to national development in the field of Human Medicine ( Medical Diagnostic Services) that Dr Obioma Cosmas Iwuagwu was deemed worthy to be honoured with the Nigerian 60th Independence Anniversary Award for Productivity.