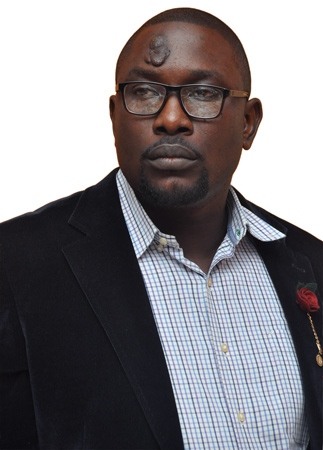 Mr Obawunmi Alaba Jiboku is a creative, expansive and highly resourceful entrepreneur. Call him the man with the Midas Touch and you may not be far from the truth. As Director of Taidob College, Abeokuta, he has recorded great successes. He has also recorded successes in the numerous other ventures he is into.

Leaving FUNAAB, Mr. Jiboku started developing his own agropreneurship model while simultaneously taking up the job of Agricultural Science teacher in his alma mata. This he did for so many years until the death of his father before taking up the mantle of leadership as the sitting Director of Taidob College.

To be further equipped with  knowledge in the discharge of his new managerial duty, Obawunmi attended the University of Ibadan, where he obtained a Masters degree in Managerial Psychology (MMP). The MMP degree has further sharpened his administrative skills and has thus made him a candidate for many awards within and outside Nigeria.

Under his watch, the college won The Africa Company of the Year Award organized by Junior Achievement Africa which was held in Accra, Ghana in December, 2019. As a great edupreneur that he is, ever ambitious Obawunmi is currently doing a Master’s degree programme in Education at the University of Dundee, Scotland, United Kingdom.

He has attended several local and international workshops and seminars amongst which are: Motivational Strategy in Classroom Teaching organized by Smart Consortium, Centre for Innovative Pedagogical Studies; Enhancing Teacher’s Quality Service Delivery and Improvement for a Sustainable Student’s Performance organized by Federal College of Education, Akoka, Lagos; ICT Executive Workshop for Proprietors and Administrators, organized by the Computer Society of Nigeria; the Rural Development Summit, organized by the Committee on Rural Development, House of Representatives, National Assembly, Garki, Abuja; Edumark Total School Support/Business Clinic and Leadership Seminar and the School Leadership Programme at Swindom, United Kingdom, just to mention but a few.

Obawunmi is a serial reader and discussant in education management  and pedagogical methodologies. He sits on the advisory boards of many educational institutions across the nation. He is a director of Yomfield School, Abeokuta; one of the directors of Lariken College, Ibadan which is one of the fastest growing secondary schools in Oyo State and  a director of Prof. Abayomi Oluwatosin Jiboku Foundation- a foundation that is dedicated to awarding scholarships to Nigerian undergraduates across  Nigerian states.

He is also a member of the Advisory Board of Smart 7 Homes, Osun State and Board Member of Integrity Campaign Club.

As a serial entrepreneur himself, Jiboku is the Chief Executive Officer of School of Advanced Studies and Entrepreneurship Centre, a subsidiary of Broad Concepts International and Entrepreneurship Hub. He is also the CEO of  Kings Farm Nigeria Limited, a farming enterprise that specializes in animal husbandry, crop production  and distribution of finished agricultural products.

Obawunmi loves the game of tennis as well as travelling. He is a Paul Harris fellow of Rotary International and a patron of Rotaract Club, Obantoko, Abeokuta.

He has won awards which include but are not limited to  Award of Excellence by National Youth Council of Nigeria, Ogun Central Senatorial District in (December, 2018); Most Outstanding Administrator of the Year by Nigerian Union of Journalists (2017) and, Cityfut Escola Awards for Promotion of Excellence in Football in the Year 2019.

It is in recognition of his contribution to national development in the field of Education that Mr Obawunmi Alaba Jibokwu was deemed worthy to be conferred with the Development in Nigeria Merit Award which is part of the PSR National Awards.