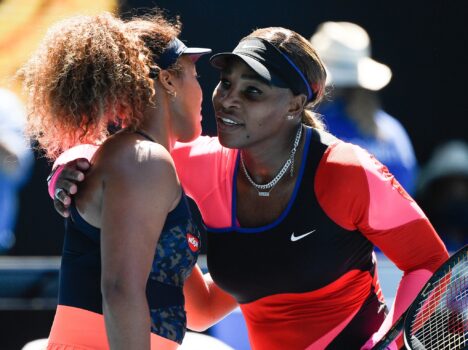 Naomi Osaka knocked Serena Williams out of the Australian Open on Thursday in a 6-3, 6-4 win in the semi-finals.

Osaka, who also beat Williams in the chaotic 2018 US Open final, reached her fourth major title match and stretched her winning streak to 20 matches by claiming the last eight points.

“I don’t know if there’s any little kids out here today, but I was a little kid watching her play,” Osaka, 23, said about Williams, 39, “and just to be on the court playing against her, for me, is a dream.”

Osaka will face 22nd-seeded American Jennifer Brady for the championship on Saturday. Brady beat No. 25 Karolina Muchova 6-4, 3-6, 6-4 in the other semifinal.