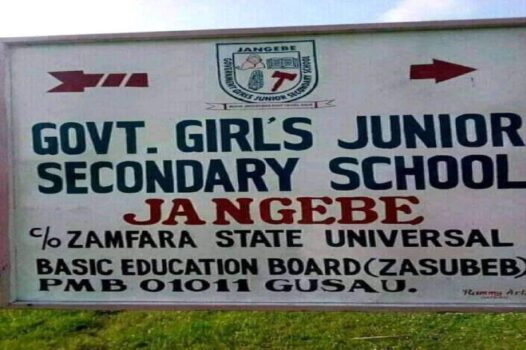 Angry protesters have reportedly taken to the streets in Jangebe community in the Talata Mafara Local Government Area of Zamfara State, blocking access roads to the community, burning tyres and preventing officials from gaining access.

“Angry residents are protesting. They have blocked access road to the community, burning tyres and resisting journalists,” a resident said.

The gunmen were said to have arrived at the school around 1 am and abducted the girls with buses in two batches.

A resident in Kawaye village identified as Seidu Muhammadu who confirmed the development to newsmen said his daughters, Mansura and Sakina, were among those abducted.

“I’m on my way to Jangebe now to see the situation myself. I was told they invaded the school around 1am,” he said.