Student Dead And Police Officer Wounded After School Shooting In US 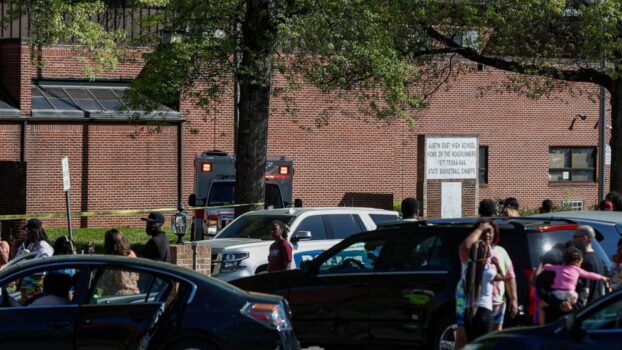 A police officer was wounded in a shooting at a high school in Knoxville, Tennessee, authorities said Monday. Officials said the person who shot the officer, a student at Austin-East Magnet High School, died at the scene when police returned fire.

Police found the student in a bathroom at Austin-East Magnet High School in Knoxville, a city about 180 miles (290 kilometers) east of Nashville, Tennessee Bureau of Investigation Director David B. Rausch said at a news conference. They ordered the student to come out, but he wouldn’t comply, and that’s when he reportedly opened fire, Rausch said. Police fired back.

The student died at the school, and the officer was taken into surgery after being shot at least once in the upper leg, authorities said. The officer was expected to recover, and no one else was hurt. It wasn’t yet clear why the student brought a gun to school or why he fired at officers.

“It’s a sad day for Knoxville, and it’s tough for Austin-East,” Rausch said.

The shooting comes as more classrooms are reopening to students after months of remote learning during the coronavirus pandemic, which cut down the number of mass killings in the U.S. The nation has seen series of mass shootings in recent weeks, including eight people killed at three Atlanta-area massage businesses on March 16 and 10 people killed at Colorado supermarket on March 22.