by People & Power
May 7, 2021
Uncategorized, World News
No Comments 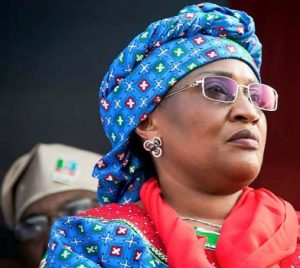 Al-Hassan was appointed the Minister of Women Affairs by President Muhammadu Buhari in 2015.

She, however, resigned her position on July 27, 2018 and thereafter dumped the ruling All Progressives Congress (APC) for the United Democratic Party (UDP) where she emerged as the party’s governorship candidate in the 2019 general elections in Taraba State.

The former minister however lost to the incumbent, Governor Darius Ishaku who ran for a second term in office under the Peoples Democratic Party (PDP).

Al-Hassan was also a former senator of the Federal Republic of Nigeria representing Taraba North Senatorial District under the PDP.